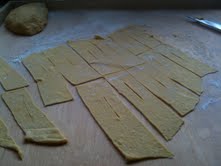 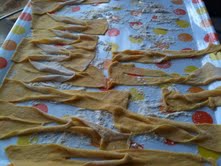 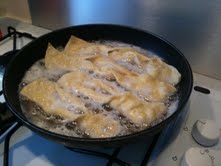 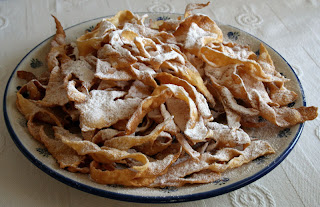 Also, don't forget to regularly visit Beth at Beth Fish Reads - she has a great Weekend Cooking event each week!
Posted by joanna at 7:45 AM

Mmmm... Faworki sounds delicious! Carnival is pretty big in Portugal, but funnily enough I can't think of any traditional foods associated with it. Easter is another matter, though :P

When I saw your link, I was like, "What the heck is a faworki?!" But oh my gosh! I need to make these right away!

(I am happy to host in March, if you still need someone.)

I can host in March, April, May... whenever! June I am in MEXICO for 10 days so that month won't work. Just let me know!

Nymeth - Yes, Easter has a load more foods attached to it, doesn't it? But I prefer the Carnival cakes!

As someone who actually taste this, I can vouche for it! It's very similar to comething we do in Portugal for Xmas called Coscorões:

Alex - that's right, I forgot that you had some while my Mom was over! :-)

I have to admit when I first saw the name I wondered what type of recipe this would be. But wow--this sounds delicious! Trying to think of something we might have over here that would be similar but am drawing a blank. Yum yum yum!

And meringue? Glad you included that tip. I've never made it but have to admit I like it on the crunchier side. ;) Next time I have egg whites I'll give it a go.