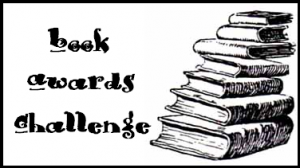 This round of the popular challenge hosted by 3M is shorter, only 5 months. It runs from 1 July to 1 December and requires us to read 5 books that won 5 different awards. For full details, visit the challenge post.

I get intimidated by many of the award winners so this challenge is always really good for me. Here's the list I'll be choosing my 5 from:

Cold Mountain is one of my favorite books--the writing is so beautiful. I hope to read White Tiger soon. Good luck with the challenge!

I'm planning to read The Secret Scripture and The Graveyard Book for this challenge too. I enjoyed Olive Kitteridge, so I'll be interested to see your thoughts on it. Good Luck!