During Book Blogger Appreciation Week I discovered Vivienne's blog Serendipity and have been enjoying it immensely. When I visited today, I read her Friday Finds post and thought, hey, I should be joining in on this, what a nice way of keeping track of new books that interest me.

So here I am. Friday Finds is hosted by MizB - visit her to see what gems others have found. Here is a selection of books I added to my TBR list this week:

Walking through Walls by Phillip Smith 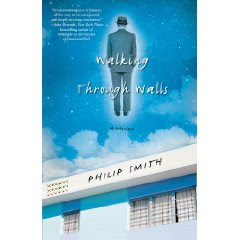 I originally saw this over at Trish's and Vivienne highlighted it too - I'm interested in mystic healing myself and this man's story really appealed to me.

Amazon's description:
Walking Through Walls is Philip Smith's astonishing memoir of growing up in a household where seances, talking spirits, and exorcisms were daily occurrences, and inexplicable psychic healings resulted in visitors suddenly discarding their crutches and wheelchairs or being cured of fatal diseases.
While there are benefits to having a miracle man in the house, Philip soon discovers the downside of living with a father who psychically knows everything he is doing. Surrounded by invisible spirits who tend to behave like nagging relatives, Philip looks for ways to escape his mystical home life -- including forays into sex, surfing, and even Scientology.
By turns hilarious and profound, Walking Through Walls recounts Philip Smith's often bizarre but always magical coming of age in a household that felt like a cross between Lourdes and the set of Rosemary's Baby, and shows how he managed to map out his own identity in the shadow of a father who, truly, loomed larger than life itself. 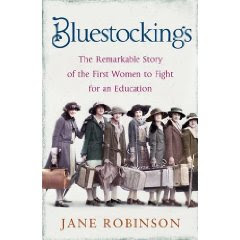 Nymeth reviewed this book and I immediately added it to my list of must-haves. It is about the first women in the UK to have access to university education. I love social history and after reading Nymeth's thoughts could not resist adding it.

From Amazon:
In 1869, when five women enrolled at university for the first time in British history, the average female brain was thought to be 150 grams lighter than a manÂ’s. Doctors warned that if women studied too hard their wombs would wither and die. When the Cambridge Senate held a vote on whether women students should be allowed official membership of the university, there was a full-scale riot. Despite the prejudice and the terrible sacrifices they faced, women from all backgrounds persevered and paved the way for the generations who have followed them since. By the 1920s, being an Â‘undergraduetteÂ’ was considered quite the fashionable thing; by the 1930s, women were emerging from universities as anything from aviation engineers to professional academics. Using the words of the women themselves, Bluestockings tells their inspiring story Â– a story of defiance and determination, of colourful eccentricity and at times heartbreaking loneliness, as well as of passionate friendships, midnight cocoa-parties and glorious self-discovery.

The Day the Falls Stood Still by Cathy Marie Buchanan 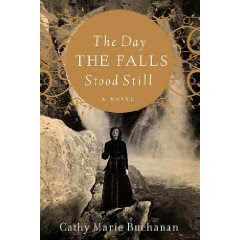 Apparently this book has been getting quite a bit of blogger press, but I've only seen Kailana's review. That was enough to convince me that it's something for me though! It's a love story set against the history of Niagara Falls and I'm a sucker for interesting historical novels...

From Amazon:
It's Niagara Falls, 1915. When Bess Heath returns to her family home near the picturesque falls, it is to an unfamiliar scene - the elegance of the life she once knew has vanished. Her father is a broken man, jobless and losing hope, and her mother is struggling to keep the family afloat. Isabel, the lively, charismatic sister Bess has always relied on is almost unrecognisable. Her engagement called off, she languishes in her bedroom, brooding and refusing to eat. Through all of this Bess finds solace in Tom Cole, a man she met by chance the night she returned home. Constant, gentle and devoted to Bess, he understands better than anyone the awesome and potentially devastating power of the falls - and consoles her through a tragedy that nearly ruins her. But as their lives become more fully entwined, Bess is forced to make a painful choice between what she wants and what is best for her family.

Have you read any of these? What did you add to your TBR list this week?
Posted by joanna at 12:05 PM

I want all the books on your list too. I have been after the last one for ages. I think we have very similar tastes.

I hope you enjoy The Day the Falls Stood Still! I want to read Bluestocking, too, but it is not an easy book to get...

I just added Bluestockings to my list as well after reading Nymeth's review. I hope you enjoy Walking Through Walls--one of those that is just stranger than fiction!

I hope you enjoy Bluestockings! And Vivienne is fantastic, isn't she?