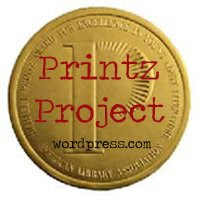 Here's another reading project that I'd like to join - this one is to read the winners and possibly the honor books of the Printz Award. I like reading projects because they have no time limit, less pressure. I've enjoyed the Printz books that I've already read and many are on my TBR list anyway, so I'm in.

The project is co-hosted by Suey from It's All About Books and Jessica from The Bluestocking Society and has its own blog with all the lists, but I'm pasting the list in here as well, so I can link to reviews and keep track.

2009
Jellicoe Road, by Melina Marchetta
The Astonishing Life of Octavian Nothing, Traitor to the Nation; Volume II: The Kingdom on the Waves, by M.T. Anderson
The Disreputable History of Frankie Landau-Banks, by E. Lockhart
Nation, by Terry Pratchett
Tender Morsels, by Margo Lanagan

2008
The White Darkness, by Geraldine McCaughrean
Dreamquake: Book Two of the Dreamhunter Duet, by Elizabeth Knox
One Whole and Perfect Day, by Judith Clarke
Repossessed, by A.M. Jenkins
Your Own, Sylvia: A Verse Portrait of Sylvia Plath, by Stephanie Hemphill

2007
American Born Chinese, by Gene Luen Yang
The Astonishing Life of Octavian Nothing, Traitor to the Nation; Volume I: The Pox Party, by M.T. Anderson
An Abundance of Katherines, by John Green
Surrender, by Sonya Hartnett
The Book Thief, by Markus Zusak

2006
Looking for Alaska, by John Green
Black Juice, by Margo Lanagan
I Am the Messenger, by Markus Zusak
John Lennon: All I Want Is the Truth, a Photographic Biography, by Elizabeth Partridge
A Wreath for Emmett Till, by Marilyn Nelson

2005
how i live now, by Meg Rosoff
Airborn, by Kenneth Oppel
Chanda’s Secrets, by Allan Stratton
Lizzie Bright and the Buckminster Boy, by Gary D. Schmidt

2004
The First Part Last, by Angela Johnson
A Northern Light, by Jennifer Donnelly
Keesha’s House, by Helen Frost
Fat Kid Rules the World, by K.L. Going
The Earth, My Butt, and Other Big Round Things, by Carolyn Mackler

2003
Postcards from No Man’s Land, by Aidan Chambers
The House of the Scorpion, by Nancy Farmer
My Heartbeat, by Garret Freymann-Weyr
Hole in My Life, by Jack Gantos

2002
A Step From Heaven, by An Na
The Ropemaker, by Peter Dickinson
Heart to Heart: New Poems Inspired by Twentieth-Century American Art, by Jan Greenberg
Abrams Freewill, by Chris Lynch
True Believer, by Virginia Euwer Wolff