Battle of the Prizes 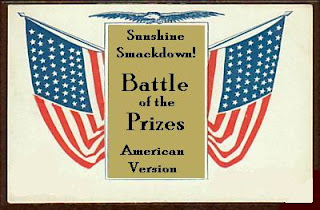 I really, really shouldn't be signing up to more challenges, but how great does this sound? ;-)

Pulitzer options:
The Good Earth by Pearl S. Buck (1932)
Gone With the Wind by Margaret Mitchell (1937)
The Grapes of Wrath by John Steinbeck (1940)
A Confederacy of Dunces by John Kennedy Toole (1981)
Ironweed by William Kennedy (1984)
The Stone Diaries by Carol Shields (1995)
American Pastoral by Philip Roth (1998)
The Hours by Michael Cunningham (1999)
The Amazing Adventures of Kavalier and Clay by Michael Chabon (2001)
Middlesex by Jeffrey Eugenides (2003)
March by Geraldine Brooks (2006)

Double-dipper: The Shipping News by E. Annie Proulx
Posted by joanna at 9:00 AM

Labels: battle of the prizes, challenge 2009

Thanks for signing up! I posted your link.

Confederacy of Dunces is one that I would certainly like to read sometime. Every time I saw it in the bookstore, when it was first out, it looked intriguing.

Rose - I'm looking forward to it!

What a cool challenge. I seem to have stalled with most of mine so I can't join another one for a while. Good luck with yours! Lots of good books on there!

Iliana - nothing can stop me in the sign-up stage! ;-)

Just making sure I signed up at the right place.