I completed the Jewish Literature Challenge! It was hosted by Callista and ran from 21 December 2008 until 27 April 2009 - I finished my last book just in time! My original post had many options, as usual, but here's what I ended up reading in the end:

I'm glad that not everything I read was about World War II, but I regret not reading anything that would tell me more about Jewish culture and customs. Next time, eh Callista? :-)

My favorite book was Night - it's one that I think everyone should read! 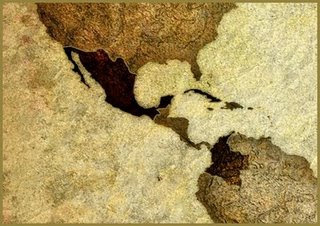 And I failed the Latin American Reading Challenge, hosted by Katrina at Katrina Reads. As you can see from my sign-up post, I had lots of great books planned, but I only managed to read one (The Witch of Portobello by Paolo Coelho) and this one was only mediocre... challenge or no challenge, I hope to get to some of the other books on my list later this year.

Thanks to both hosts for helping me discover new books! :-)
Posted by joanna at 9:00 AM

I'm with you. "Night" should be required reading for everyone.

Fail is such an icky word! From hosting a few challenges I've learned that many many people sign up and don't finish. I just realized last night that I'm completely overbooked this year and won't finish all my challenges either. Sometimes just making a list can be enough fun!

I've heard some great things about "Night". I keep seeing it around and have yet to pick it up. I think I'll be sure to pick it up next time.

Trish - I agree, but couldn't think of a better word! I'm bound to 'fail' several because I can't resist signing up for pretty much all of them. I love the list-making and the planning and the discovering new books through other participants. :-)

thatsthebook - You really should - I can't say that you'll have a pleasant evening reading it, but it's one of those books that I think should be read since someone went through so much to be able to tell us their story...

Well you finished one so that's pretty good!

I'm not going to finish the Latin American challenge either and am bummed out. Oh well, there's always next year and those books are still on my shelf so no problem :)

Iliana, indeed, they're not going anywhere! And we can't possibly finish everything we sign up for anyway... :-)

Sounds like you still got some great books in!!

Glad you read Night, and Metamorphis is such an important novella -- i feel like it get's referenced all the time.

RC - it sure does. And I really hate not getting a reference that I know is there!