Yay! I watched P.S. I Love You last night and with that finished the Lit Flicks and Book to Movie Challenges! 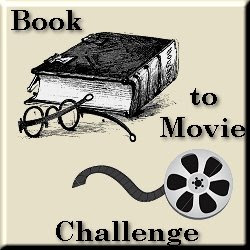 The Book to Movie Challenge is hosted by Callista from SMS Book Reviews and runs until 1 December. We are asked to 3 books that were made into movies - we can watch the movies if we want to. For the The Lit Flicks Challenge hosted by Jessica I needed to add an extra two books and actually watch 2 movies as well. Here's what I read:

Chocolat by Joanne Harris
The Witches of Eastwick by John Updike
The Vanishing by Tim Krabbe
The Secret Garden by Frances Hodgson Burnett
P.S. I Love You by Cecilia Ahern
One True Thing by Anna Quindlen

All of these were made into movies, but of course I chose the real tear-jerkers to watch. One True Thing (1998) was interesting because it had a fantastic cast led by Meryl Streep, William Hurt and Renee Zellwegger. I thought that it was well-filmed, although watching it was even harder than reading this intense story. 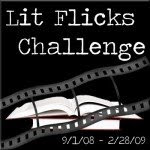 I watched P.S. I Love You (2007) last night and had mixed feelings. I definitely didn't like all the things they changed in the storyline - including moving the main action from Dublin to New York! They even changed some of the romantic storylines. And I didn't like the different ending. Having said that, there is a lot that can be shown on film that has much more impact than the written word, so some parts were stronger. The acting was fantastic, although some characters (like Daniel) were portrayed completely differently. All in all I liked it, but I think I would have liked it more if I hadn't read the book.

So there - thanks to Callista and Jessica, I liked these challenges a lot. I had been thinking of hosting one myself, but you went ahead and it did it all for me. Thanks! :-)
Posted by joanna at 3:34 PM

Joanna, congratulations on finishing the Lit Flicks Challenge!! You can check out the challenge wrap-up post here.